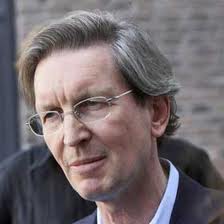 David Montgomery, one of the founders of the “New Labor History” in the United States, who inspired a generation of activists and historians, died December 2. He was 84. David lived a remarkable life: blacklisted as a union organizer in the 1950s, twenty years later he was named Farnam Professor of History at Yale. Even as Farnam Professor he remained a deeply political animal, working with local labor activists, black and white, in New Haven and elsewhere.

I’ll never forget David’s story about how he became an academic. A communist labor organizer in the darkest days of McCarthyism, he spent “every single day through the 1950s” in factories—working primarily with the machinists’ union in St. Paul from 1951 to 1960. He started at Minneapolis Honeywell; the FBI got him fired. But, as he explained in a wonderful 1981 interview for the Radical History Review with Mark Naison and Paul Buhle, in order to get rid of him the company had to close the entire division—because of the workers’ sense that “an injury to one was an injury to all.”
He moved to smaller shops, always organizing, and always the FBI followed him and got him fired. “Finally,” he told me, “the only job I could get was in a shop with only one other worker. I organized that guy into the union—and the FBI didn’t get me fired.”
At this point, he said, “I realized they had me beat, so I quit and became a historian.”
He enrolled in grad school at the University of Minnesota and got a PhD in 1962. The next year he got a job as an assistant professor at the University of Pittsburgh. In 1967 Knopf published his book Beyond Equality, a pathbreaking study of the labor movement in the era of Reconstruction. Where historians focused on Reconstruction as a time when the North imposed its will on the white South, Montgomery showed how workers raised issues of economic power and economic justice in the North. Class conflict in the North, he concluded, “was the submerged shoal on which Radical dreams foundered.”
I’ve taught Montgomery’s Fall of the House of Labor (1987) many times, and it remains a rich and compelling work. While most of us preferred to focus on the glory days of the labor movement in the 1930s and 1940s, David looked long and hard at its defeat between the 1890s and the 1920s. He started here with a vivid picture of the variety of workplace experiences in America at the turn of the century, from unskilled workers on the docks to the elite iron makers; he showed how these diverse groups united to form the Socialist Party of 1912, which won a higher proportion of the presidential vote (for Eugene Debs) than any left-wing party before or since; and he asked why this immense and powerful organization did not survive the repression of the Red Scare and return to life in the 1920s.
David was always an organizer for labor and civil rights groups. When Yale’s clerical workers went on strike in 1984 for union recognition, “he was the inspirational leader for faculty supporting locals 34/35 before, during, and after the strike,” says Jean-Christophe Agnew of the Yale history department. “David’s firmness about solidarity and the honoring of picket lines emboldened many faltering colleagues, especially the more vulnerable junior faculty. He was a rock.”
In his Radical History Review interview, published in the Pantheon book Visions of History by MARHO, the Radical Historians’ Organization, Naison and Buhle asked him about his days in the Communist Party. The good thing about the CP, he said, even in the 1950s, was that “more than any other organization of the time, it was possible to link Marxist analysis to effective daily action.” And the CP was always working to unite black and white workers. The bad thing about the CP, he said, was that the intellectual life of the party was “stifling”; the creative work done by communist writers always came after they left the party.
He quit in 1957, after the Soviet invasion of Hungary—but mostly because at that point “the Party had become virtually irrelevant to the workers of America.” Minnesota at the time had a non-communist labor movement and a peace and civil rights movement, and “there I felt at home and could act without breaking stride.”
David Montgomery concluded his Radical History Review interview: “In this country, where the talents needed to run a humane society are all around us, what we need is not a single party but many self-activated centers of popular struggle and a variety of political initiatives. And all those centers of activity need to learn from history.”
Publicado por Alejandro J.Román en 3:31